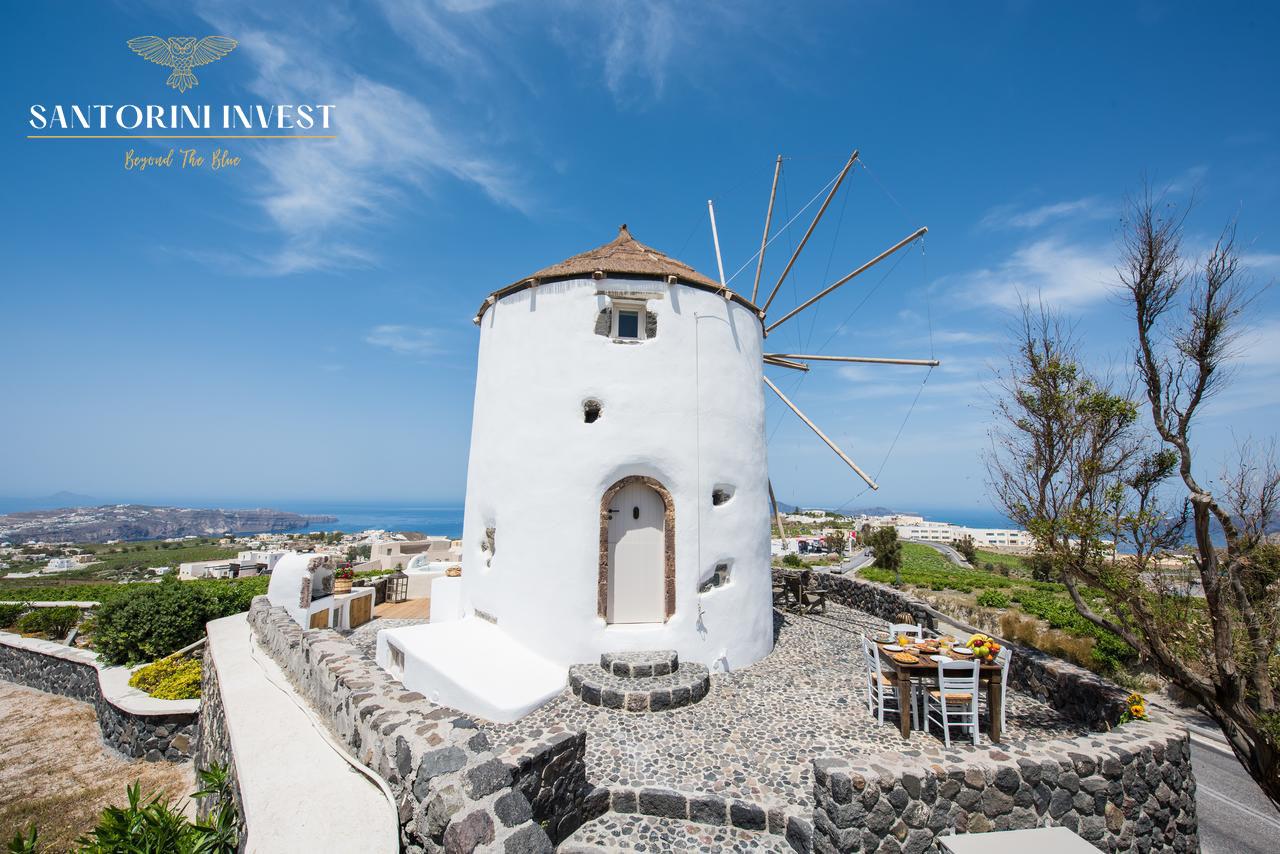 This amazing windmill was built in 1800! It has 3 levels and there are three(3) bedrooms, one (1) bathroom one (1) WC and it is fully furnished. This property also has other features such as a Jacuzzi, Autonomous heating, barbeque, A/C, security door, outdoor parking space and a fantastic 360° view wherefrom the one side you see the wonderful blue sea and from the other side the mountains. It is a very good investment opportunity with an income of 400-500€/day.

Distances to most important sites:

Further information about the windmill:

This windmill has a remarkable story; hence it was one of the five unique windmills of Pyrgos. The official name of the windmill was “Pera Mylos”, it was built in the early 1800s and operated for more than two centuries, located at an ideal location on the island which helped to produce goods under all weather conditions. The windmill stopped operating after the strong earthquake of 1956.

In Santorini there were 78 windmills (Dekigalas Joseph 1850, 85). For four centuries Santorini, grind wheat or barley to make a living, with the windmills, which was at that time a heavy industry. Windmills belonged to the nobles and some parish churches, which rented them to experienced millers. The millers had several capacities. They were using manual force, they knew from sailors’ knots to tie ropes and sails. They also had a lot of knowledge of meteorology to predict changes in the weather. Many millers were also bakers.

BEACHFRONT VILLAS AND APARTMENTS IN AYIA NAPA, CYPRUS FOR SALE

The properties in this project are commission-free. The Award-winning Project…

4 STAR HOTEL FOR SALE IN SANTORINI

Compare
You can only compare 4 properties, any new property added will replace the first one from the comparison.
Santorini Invest
Manage Cookie Consent
To provide the best experiences, we use technologies like cookies to store and/or access device information. Consenting to these technologies will allow us to process data such as browsing behavior or unique IDs on this site. Not consenting or withdrawing consent, may adversely affect certain features and functions.
Manage options Manage services Manage vendors Read more about these purposes
View preferences
{title} {title} {title}